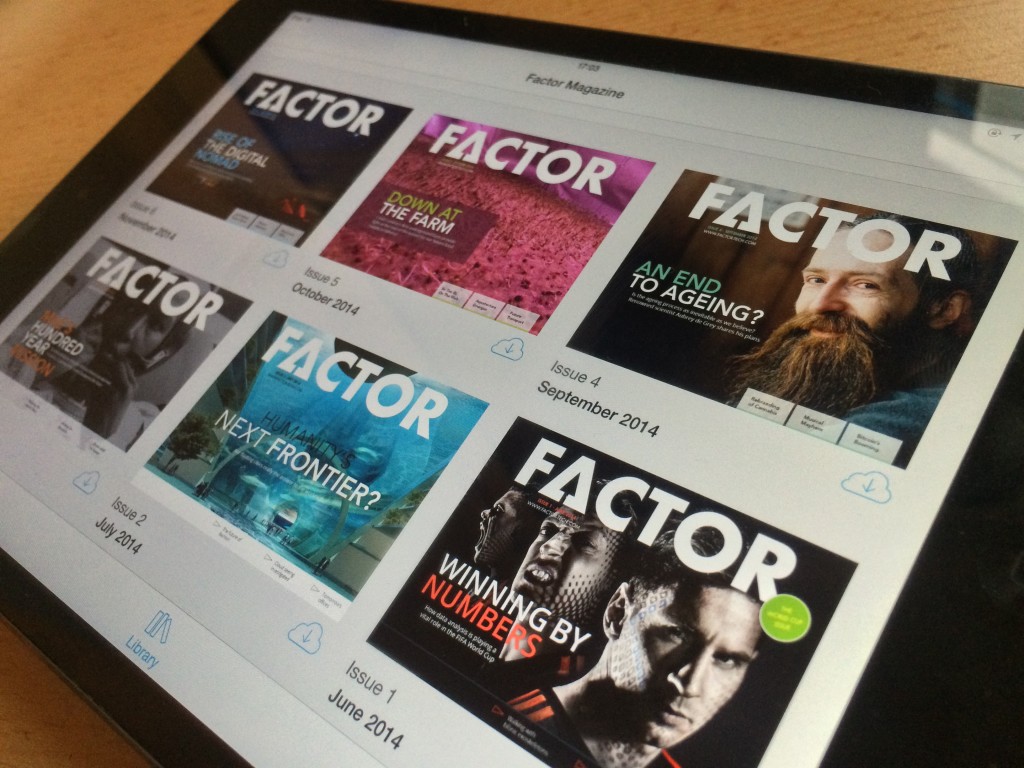 I currently work for Progressive Digital Media as a deputy editor on a range of their business-to-business digital magazines and have been involved in launching a new consumer magazine.

I have been involved with the launch of Factor Magazine – a science, innovation and technology website and digital magazine. The website covers a broad range of issues from the emerging technology world and asks what the future will be like tomorrow?

This has involved producing stories using data, exclusive interviews, video pieces, list-style pieces, product reviews and the latest news from around the world.

The iPad magazine, which launched in June 2014, is a monthly title featuring exclusive content.

Here are some of the articles I have written for Factor:

E-residency: The power to choose your nation

Autonomous commercial vehicles will shape our jobs and lives

Pepper 2.0: The robot’s creators explain what is coming next

Identity, control, safety: The next generation of wearable tech

Future of fitness: VR cycling kit to let you exercise in virtual worlds

Working towards bricklaying drones that can 3D print in flight

Flying senators: Aerofex’s hover bike to be considered by US government

Data from space: How Outernet will provide free information to the entire world

Is fusion the key to solving the world’s energy problems?

Inside the record breaking fusion reactor

Digital dogs: Wearable tech for pets could be the next billion dollar industry

Factor’s monthly digital magazine can either be viewed on the web or downloaded on the iPad. Here are the current editions I have helped to produce:

Issue 14: The future of gaming

Issue 13: The robots are coming

Issue 9: Are we all doomed?

Issue 6: The Future of Work

I am also work on a range of digital magazine titles which are aimed at businesses. These focus on a variety of industries and including coverage of the major talking points and issues within the fields.

Involved in the role is writing features for the magazines, forward planning of issues, subbing copy for the issues, commissioning features and more.