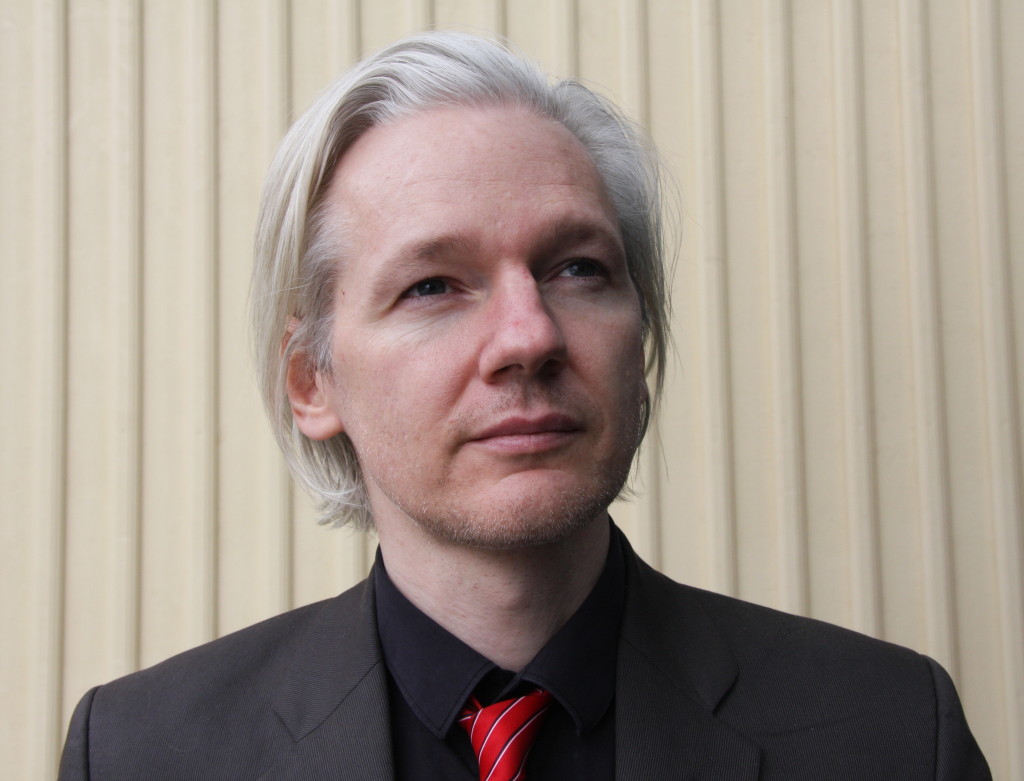 With Julian Assange being safely kept inside the Ecuadorian embassy in London and the ongoing furore about his extradition from the United Kingdom it’s difficult to see a solution that isn’t going to be damaging for the British government.

First, clearing up a common misconception:

The government in the United Kingdom and more precisely the Home Secretary Theresa May still has to sign off a separate extradition order for Assange to be deported to the United States.

The original court ruling pointed out it would be up to the UK government to decide if he would be extradited from Sweden to the US: (final paragraph)

As yet there have been no applications of extradition of Assange by the United States. If this were to occur then Assange would have the same rights of appeal through the judicial system as have been used before.

Now this point is cleared up on the position of extradition the options available for this case to move on are varied, and will doubtlessly prove unpredictable.

1) Assange changes position and hands himself over to British authorities. A highly unlikely option considering he does not wish to face the allegations in Sweden and his own layers told a British court his actions towards the two women were: “disrespectful, discourteous, disturbing or even pushing towards the boundaries of what they were comfortable with.” The only way that I see him changing his mind is if the process of negotiations continues for a long time and there is no conceivable outcome. Assange is unlikely to emulate Hungarian Jozsef Mindszenty who spent 15 years inside the US embassy in Budapest from 1956-71.

2) Timely negotiations. This is probably the most likely of the eventual outcomes. The Foreign Secretary William Hauge, said after Ecudaor’s decision to grant asylum to Assange that talks have been held between the two countries. He said:

…we have worked patiently with the Ecuadorian authorities, both in London and Quito, in private  discussions to seek a mutually acceptable resolution to this situation.  We have held seven formal discussions as well as many other conversations.

The only way forward for the three countries involved will be further diplomatic discussions about the way forward. Although, it is unlikely that any of the countries will back down on their decision in the immediate future. The government of Ecuador has spent time considering their decision to grant asylum and in the United Kingdom thousands of pounds have been spent as Assange defended the extradition order. For Sweden, who in 2010 dropped the charges only for them to be re-opened, to drop the charges again would be internationally embarrassing for them given the high profile nature of the case. It’s unknown what will be said in the discussions behind closed doors but it is inevitable no one involved will want to move from their current position. A stalemate is very much in place.

3) Britain takes away the rights of Ecuadorian Embassy. Again, a very unlikely move for the British government to make although one that is possible.

Under the 1961 Vienna Convention on Diplomatic Relations  it is not possible for Britain to enter the Ecuadorian embassy to remove Assange.

Article 22
1.The premises of the mission shall be inviolable. The agents of the receiving State may not enter them, except with the consent of the head of the mission.

However due to a 1987 British law it is possible to revoke the status of the embassy. As reported by the Guardian:

But it’s not quite as simple as that. You’ll note that section 1(4) says”The secretary of state shall only give or withdraw consent or withdraw acceptance if he is satisfied that to do so is permissible under international law,”and that according to section 1(5), in deciding whether to withdraw consent, the minister:” … shall have regard to all material considerations, and in particular, but without prejudice to the generality of this subsection —
(a) to the safety of the public;
(b) to national security; and
(c) to town and country planning.”

Also, as glamorous as it sounds, revoking the rights of the embassy swooping in and getting Assange is very unlikely. I have no doubt officials from Ecuador would have some right of appeal under international law and Assange would not be taken straight away.

4) Assange tries to leave the Embassy and is arrested. Once Assange is outside the Ecuadorian embassy he will no longer be protected by the country. This could include a press conference that is scheduled for Sunday, announced by Wikileaks on twitter.

Any other attempts to leave the embassy will leave in arrest after the British government said they would not grant him a safe passage out of the country.

Also, it’s very unlikely that he could leave the country in a diplomatic bag as has been suggested by ‘experts’.

For him to do so Ecuador would have to break the convention, as the bags are not meant to carry people: (Article 27)

4.The packages constituting the diplomatic bag must bear visible external marks of their character and may contain only diplomatic documents or articles intended for official use.

5. Assange takes United Kingdom to international court. It has been reported Assange’s lawyer has said he will take the British government to the International Court of Justice.

“They have to comply with diplomatic and legal obligations under the 1951 UN Convention Relating to the Status of Refugees, and respect the sovereignty of a country that has granted asylum”

The argument would center around whether Assange has the right to be an international refugee and if this would grant him the right to asylum.

A guide to refugee protection by the Inter-Parliamentary Union (IPU) says that a person who faces criminal charges could be considered a refugee if they are seeking protection for other political reasons, which could be argued by his representatives.

A person fleeing from prosecution for a common crime is not fleeing
persecution. However, a person accused of these or other non-political crimes –
whether innocent or guilty – may also be persecuted for political or other
reasons, and is thus not necessarily excluded from refugee status. Furthermore,
people convicted of the ”crime” of political activism may well be refugees.

If Assange does decide to go to court over the decision to block his asylum then it will be a long and costly battle once more, where his supporters will undoubtedly be asked to contribute more to his legal fund.

One of the most difficult aspects fo the whole Assange-affair is the fact all involved are in completely unchartered waters. Nothing like this has happened before and is very unlikely to ever happen again. An international whistleblower faces serious criminal allegations amid fears he will be politically persecuted for the whistleblowing by a third country, faces extradition, unsuccessfully appeals, then takes and is granted political asylum in a fourth country. The outcome of it all is Assange is in the middle of a diplomatic battle for him to examined judicially.

It’s hard to determine what the outcome of the current situation will be. There are likely to be many high level conversations taking place between Britain, Ecuador and Sweden discussing what to be done.

The British government at this stage look likely to be the ones with the most to lose out of the whole situation. They face the possibility of breaking international law if they revoke the embassy and equally would break our own and European laws if they fail to extradite him to Sweden. It seems whichever route they take they will suffer some international damage.

If any decision is made quickly it will either damage relations with Sweden and by-proxy other Europe states, or it will damage relationships with Ecuador which will also reflect badly on a global stage.

However, at present I would say that Assange has the advantage. He has not yet been deported and the longer talks and disagreements into what can be done happen around him the more likely it becomes the charges will be dropped. He has time to plan and decide what is the best strategy for him to take.

Whatever he says in the next press conference at the weekend will be crucial to how things develop.

There is no quick ending to the whole situation and it will probably drag on for a long time to come.

On a personal level:

While supporting all of the work done at Wikileaks, if Assange believes is innocent of the allegations he faces he should face them. He will not be extradited to the United States without the approval of the UK and there has been no extradition attempt to take him stateside so far. Therefore I believe he should be extradited to Sweden to face charges, if an attempt is made to extradite him from there he then has the power of the courts to explain why he should not be deported.